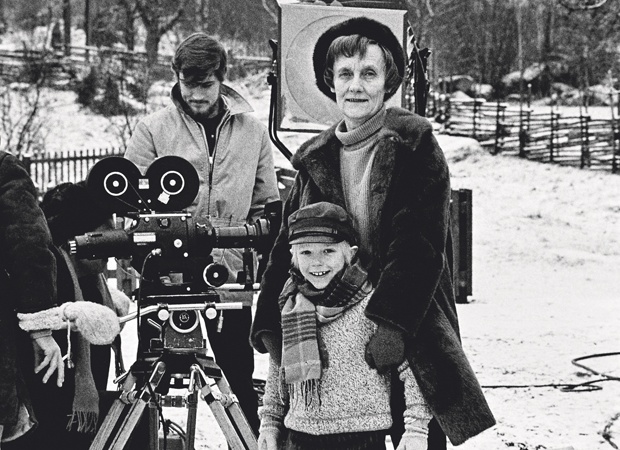 There are many stories to tell about Katthult. One of the story is Astrid Lindgren's tales about Emil. Another story is about the making of the movies in Katthult and what has happened since. As all farms in the province of Småland Katthult has its own particular history.

From an ordinary farm to a tourist attraction

Katthult is one of four farms in the village of Gibberyd. The same family has owned the farm since the 19th century. It was an ordinary farm until 1970 when a film team showed up and asked if they could shoot the films about Emil i Lönneberga at the site. We couldn't imagined that there would be such a change compared to the past. 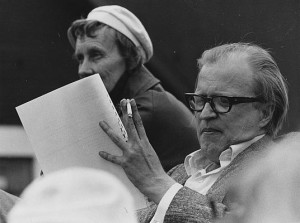 The farm was well suited to becoming Katthult for several reasons. Just as Astrid Lindgren described, the farm was beautifully situated among the cherry trees and lilacs. In addition, virtually all buildings where already in place. The only building that did not exist was the carpenters shed which were built by the crew. One advantage was that the place was relatively undisturbed. It was unlikely that cars or other modernities passed by and disturbed the recording. In addition, the farm were located at a scenic hillside that allowed beautiful and functional camera angles.Läs mer →

The farm was a traditional old Swedish farm. Several things and tools could be used in the film, such as carts, scythes, baskets and water sled, etc. Because the farm was inhabited and in use, there were cats, cows and horses already in place and felt at home. Several of the extras in the movies were locals who saw a chance to prove themselves in the ancestral clothes with their natural dialect. Scenes were recorded in most of the houses at the farm. The main house, however, was modern and inhabited, why the indoor scenes were shoot in a studio that was built in a school in Mariannelund. Some of the scenes from the carpenters shed wew shoot at the farm, while others scenes were recorded in the studio. 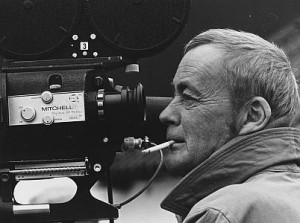 After the recordings, not so much happend on the farm. We who lived here kind of wondered when visitors would let Katthult fall by the wayside. But since the visitors continue to come, we tried instead to offer better service. Parking and toilets were built, coffee table was set out and a small shop were set up with ice cream, drinks, clothes and souvenirs.

Many visitors think that the yard looks a bit less in real life and wonder if we have not moved a bit on streamman music service expands or rebuilt the fence, but we have not done. On the contrary, we have tried to keep the yard in order so that it looked like when the films were recorded. In the carpenters shed, you will find wooden figures standing among old tools. There are also some animals on the farm. No wolves but well a deep varggrop.

More about the recordings

which is well worth visit. So is also their website www.barnfilmbyn.se, which lists a number of sites in the area where various scenes from Emil films were recorded.

Books and films about Emil 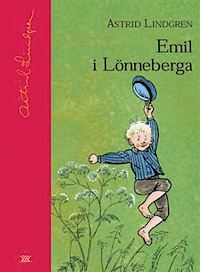 The three films about Emil in Lönneberga 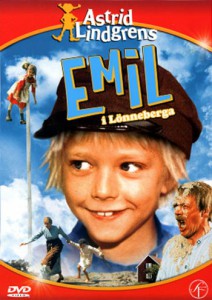 Most of the outdoor scenes in the films of Emil were recorded in Katthult between 1971 and 1973. The result was three movies and a number of tv episodes that have been broadcasted in a number of countries around the world.

In the first movie of Emil, we get to know hs family, Alfred and Lina. Most of all, we get to know Emil and the mischief he does. In this film he captures his father Anton toe in a mousetrap and pours pudding in his face, Emils also succeeds to run down his entire head in bowl so has t visit the doctor in Mariannelund. But little sister Ida never got see Mariannelund why Emil lifts her up on the flagpole to Anton dismay. But Emil can also do "good" mischief, as to invite the whole poor cottage on Christmas food in large Boner raset in Katthult. 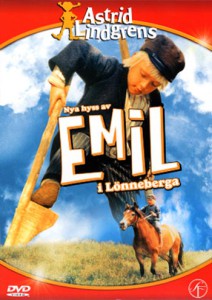 New mischief of Emil i Lönneberga (1972)

Around the world worry that a comet will crack down on Earth. It also makes the family S in Katthult but go anyway to Vimmerby to go on the market. With there follows naturally Emil as in Vimmerby, the opportunity to provide horse and scare some sense out of the wife's petrel. The horse Lukas, he later of little use in the middle of winter when he saves the life of Alfred blodförgiftade by driving him to mariannelund.

Lina May concern with toothache and Emil naturally want to help her with this. With a range of crazy ideas try Emil help her get out the tooth but I can't. Instead he's doing other things. Among other things. He collects money at the gates of the Katthult to go on auction in Backhorva. Where does he do according to Anton a series "van courtesy on business" and. .. all of which ultimately turns out to be really useful. A little later rescues Emil life on a small newborn pig and sheep take care of it yourself. But he's not content with keeping it alive. He teaches the sit nicely, jump high and do many other tricks, like eating fermented cherries along with the rooster and Emil. The story ended with Emil and the Piglet had to do penance at Godtemplarna. 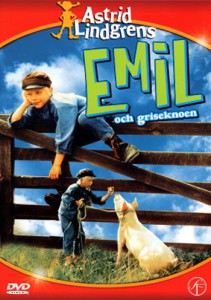 The films were produced by the Swedish film industry.